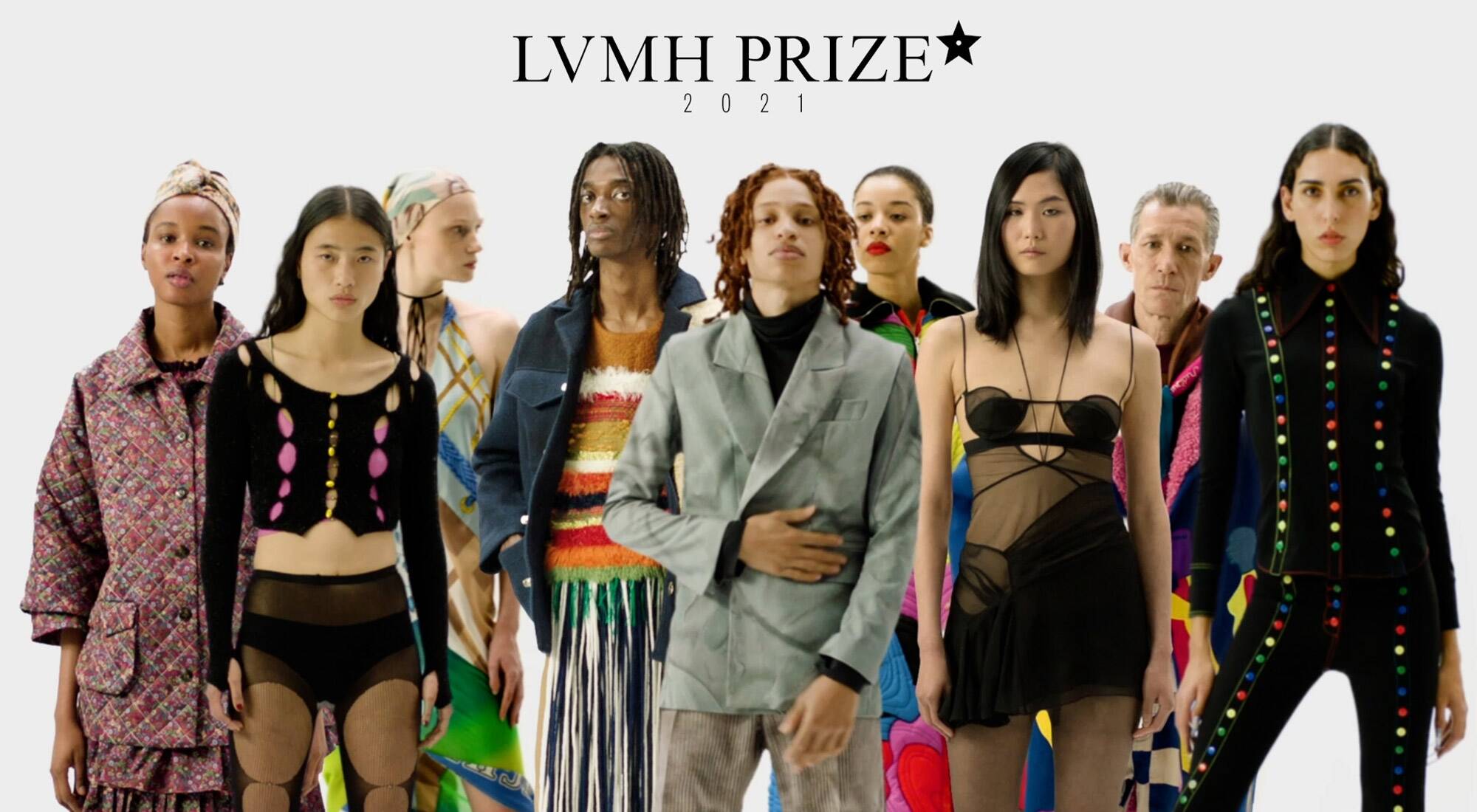 LVMH has released that the finals for the 2021 LVMH Prize for Young Fashion Designers will take place on September 7th, 2021 at the Louis Vuitton Foundation. Nine designers will vie for the 8th annual edition of the prize.

On that date, the jury will decide which recipients will take the 2021 LVMH Prize, as well as the Karl Lagerfeld/Special Jury Prize. The latter being a tribute to the great designer and former member of the Jury, who passed away in February 2019. The winner will take away a prize of 300,000 euros, while the runner-up Karl Lagerfeld Prize will receive 150,000 euros, with both winning a year of mentorship.

For the first time ever this year, the semi-finalists presented their collections solely on a digital platform. Another first was that the committee of Experts encouraged the public to be a new “Expert”, by giving them the opportunity for vote for finalists. The public was also welcomed to go behind the scenes to learn about the finalists’ journeys, on LVMH’s social networks.

Last year, because of Covid-19, the final of the 7th edition of the LVMH Prize was cancelled and the €300,000 award was divided equally among the eight finalists. Previous winners of the prize include a list of notable designers, including Peter Do, Marine Serre, Marques Almeida,  Jacquemus, and Hood by Air.

LVMH and its brands have a history of nurturing creative talent. Creativity is one of the Group’s core values, guiding all its teams. As Bernard Arnault stated: “Innovation is more powerful when it springs from a preserved heritage.” Motivated by this passion for creativity and innovation, LVMH has supported the world of fashion globally through corporate philanthropic initiatives, for many years, including the ANDAM Fashion Awards; (Association Nationale de Développement des Arts de la Mode); the Hyères International Fashion and Photography Festival and Central Saint Martins College of Art and Design in London.