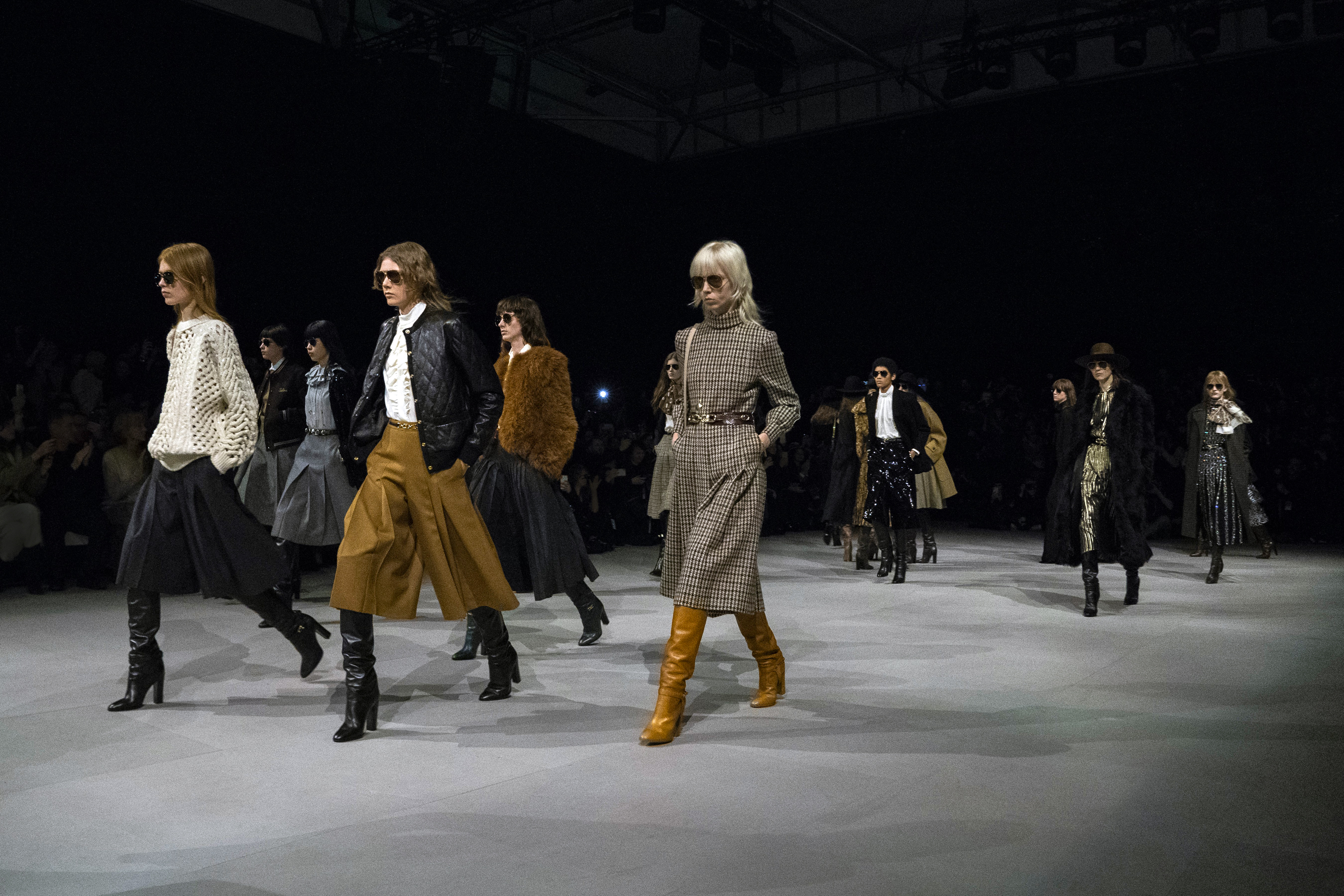 Fall 2019 season represented both final bows and grand entrances of a few designers like Khaite, which we hope to see more of over the next few seasons. Overall it was a dramatic season that often reflected the somber mood of the larger cosmic consciousness as designers got more buttoned up.

The fashion industry bid a sad farewell to Karl Lagerfeld whose final collections hit the runway after 53 years at Fendi in Milan and 36 years at Chanel in Paris. Both were classic Karl, hitting all the high notes of each house and reminded us of his impact on our industry. His work will steer the directions of both houses and the wider industry for years to come.

Marc Jacobs, whose DNA of change always brings a dash of the unexpected to New York, closed out their fashion week with his strongest collection in years. The clothes reflected both maturity and purpose rather than a dip in the well of fashion history. It was a delight to see the designer passionate about a collection ing the love of design for design sake.

Riccardo Tisci’s sophomore outing at Burberry was the talk of the London Fashion Week and rightfully so the designer bridged innovative streetwear with a sophisticated collection. He continues to stick to the house codes leveraging the heritage trench in a unique fashion proving that history can forge a path to newness.

Miuccia Prada adopted Mary Shelley’s monstrous Frankenstein as influence playing off the books undertones of romanticism to soften the collections undertones of utulitarionism.

Gucci returned to Milan after showing in Paris last season which wasn’t the only changeup as Creative Director Alessandro Michele charted a new course for the house of sending out clean tailored three-piece looks with an air of sophistication. The cleaner silhouette was refreshing and reminded us that Gucci house codes included a quality tailoring which will expand the horizons of their new customer and likely return some to the fold.

Paris lived up to its moniker City of Lights this season as lights were a key tool in showcasing a myriad of collections.

In point, the entire showing of Saint Laurent, which took our number one spot, was designed to be showcased in specific light. The opening of sober broad shouldered and sleek outerwear was revealed under downfacing followspots that felt as if they came off the Berlin Wall in the ’80s as models in sunglasses strode through the night. As Moroccan inspired influences brushed into the collection the backwalls reflected the looks as poles of light strobes flicked to create the illusion of starry nights. The coup de grâce came in the form of a sea of neon looks showcased in blacklight to give focus to the silhouette or feather fabrication. It was a tour de force for Anthony Vaccarello and the team at Saint Laurent making the point, perhaps directed to a previous designer of the house, that Saint Laurent owns the night and the City of Light.

On the opposite end of the light spectrum, Chanel owned daylight setting the houses moving tribute to Karl Lagerfeld in an alpine village complete with a backdrop of mountain peaks and snow-topped chalets as a nod to Lagerfeld’s German roots. It was the iconic designer’s final collection designed in collaboration with his successor, Virginie Viard, his right hand for more than 30 years. As angelic all-white looks closed the collection models walked down the runway to David Bowie’s “Heroes” to an extended, tearful, standing ovation. The moment was heartfelt and the collection was as strong as the man that stood behind it since 1983.

Maria Grazia Chiuri at Dior embraced sisterhood and continued to play with the meaning of modern dressing for a modern woman while Rick Owens found The Hunger in his sexiest collection to date.

In his sophomore outing for Celine, Creative Director Hedi Slimane saw the light and adopted the houses design code in the collection that celebrated bourgeois Parisian chic. The myriad was packed with subtle and thinly sophisticated details that didn’t scream for attention but once discovered commanded it. Ultra-fine gold horsebit d-rings were precisely placed throughout the collection and denim was made meaningful paired with over-the-knee  lined boots. The collection re-established the house codes drawing from the 70s but in a thoroughly modern light.

Here  The Impression Top 10 fashion shows of Fall 2019 season as selected by our editorial staff and Chief Impressionist, Kenneth Richard.