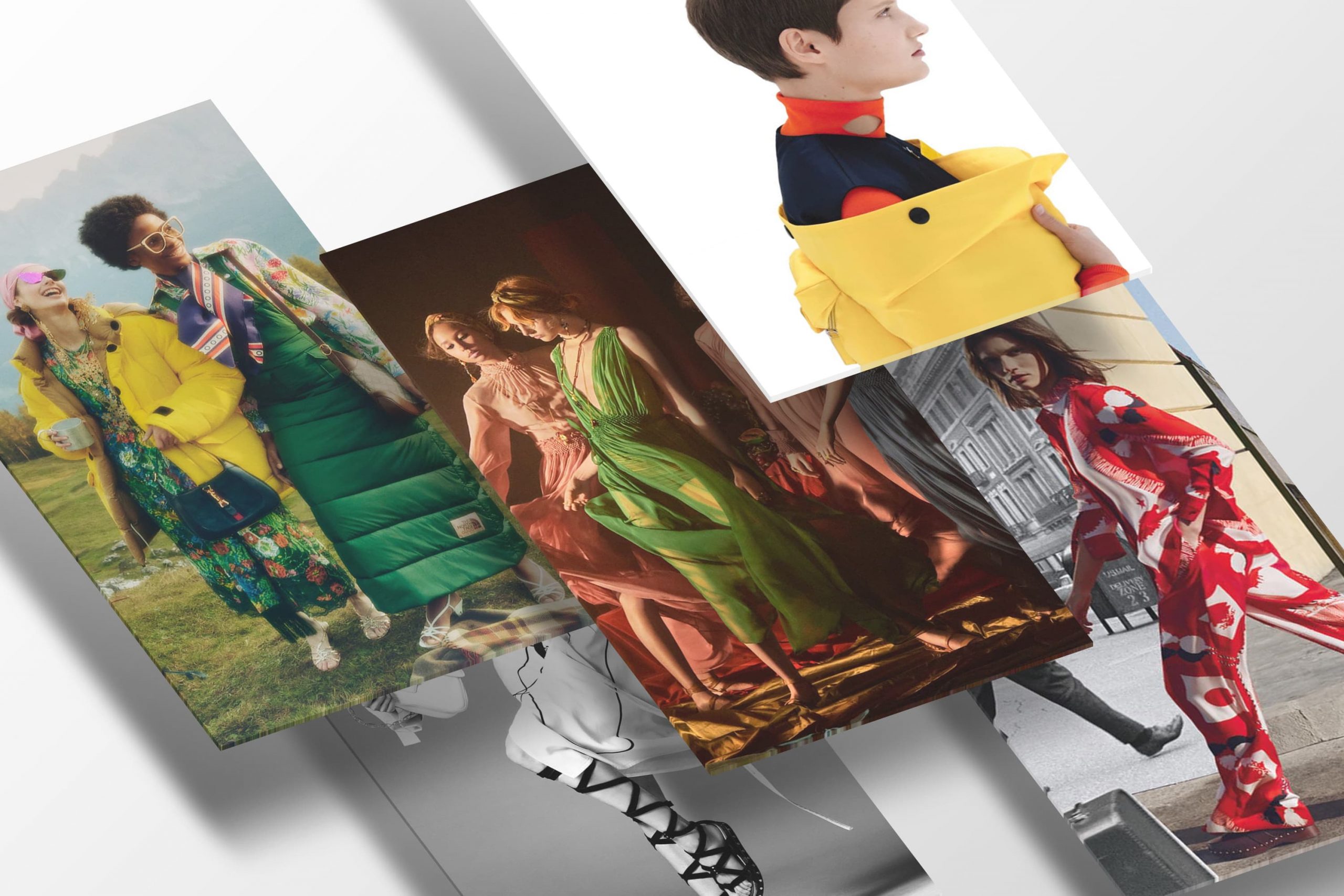 Though it seems redundant to say that the best ad campaigns are those with the best art direction, the top women’s campaigns of this season felt especially characterized by an elevated sense of artistic vision.

In its connection to art history and classical painting, Fabien Baron’s campaign for Dior was artistic in the most dramatic sense. His lush tableaus made reference to the work of Italian masters like Raphael and Caravaggio, but he also filled this gorgeous imagery with a contemporary and feminist sense of sisterhood.

Moschino and Ports 1961 shared deceptively simple campaigns that questioned and subverted beauty standards. The prim simplicity of Moschino’s studio portraits of ladies dressed for a classy garden party was ironically called into question by the presence of marionette strings. The campaign thus became a subtle and darkly humorous exploration of performance, image, and ownership. Ports 1961 made a sudden shift in direction, moving from last season’s colorful magazine covers to a more challenging set of black-and-white imagery that saw model Rianne Van Rompaey exude a ghostly beauty.

Campaigns from Prada and Hood By Air both used art direction centered around text, but in very different ways. Hood By Air’s reverent portraits of Naomi Campbell were infused with character and meaning by the appearance of two isolated words, “Prologue” and “Mother.” Meanwhile, Prada used the ad campaign platform to confront its viewer with urgent and intriguing questions about creative and technological processes.

Unlike last season, when we look at these campaigns, it is not at all an obvious theme that they were created in the shadow of lockdown restrictions. But we can sense a revitalization, a collective feeling of having used that time wisely to reflect, learn, and grow. These campaigns have us excited for the future of artistry in fashion – perhaps we are not getting back to normal, but getting to something better than normal. Here are The Impression’s Top 10 Women’s Fashion Ad Campaigns of Spring 2021 as selected by Chief Impressionist Kenneth Richard.