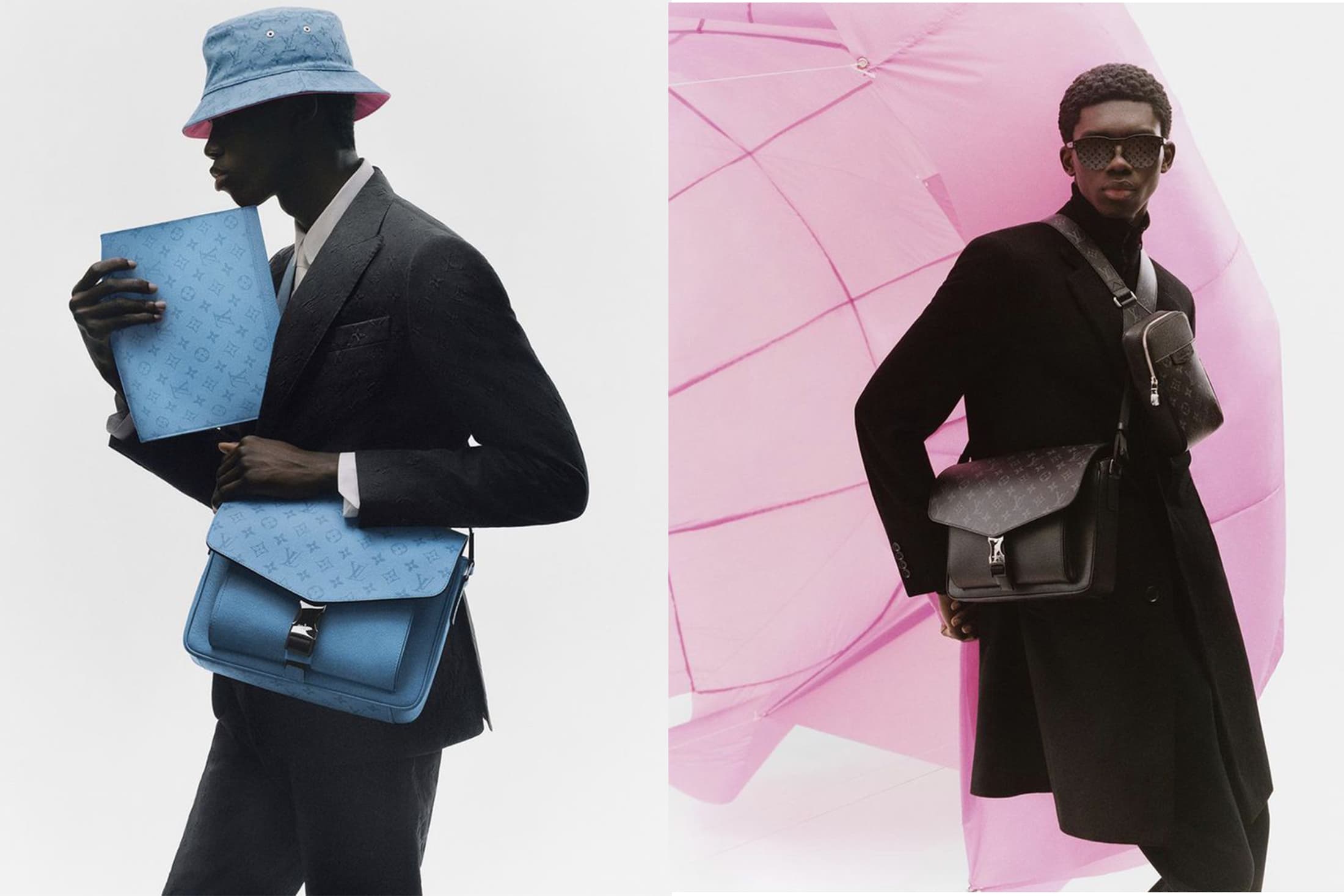 Louis Vuitton shares a bright new campaign that makes smart use of color to poke fun at antiquated ideas of masculinity and gender. The Spring 2021 campaign features photography by Thurstan Redding.

Though ostensibly a men’s leather goods collection, Taïgarama continues the reconsideration and deconstruction of gender binaries and masculinity that Virgil Abloh has been exploring at Louis Vuitton. The idea that handbags are for women (whatever that even means) is long gone.

In this connection, Redding’s imagery pokes fun at the traditional visual signifiers of binary gender. Beautifully constructed leather goods are realized in bright pink or baby blue. These colors also appear in the background of some of the images as ballooning parachutes. Against these soft swathes of color, the sharp silhouettes and all-over black of the styling forms a striking contrast.

The campaign is simple and effective. By creating a juxtaposition of colors traditionally associated with either side of a gender binary, and mixing in a progressive vision of masculinity, the imagery liberates these colors from a toxic binary and shows them for what they really are: beautiful, inspiring, and for everybody.