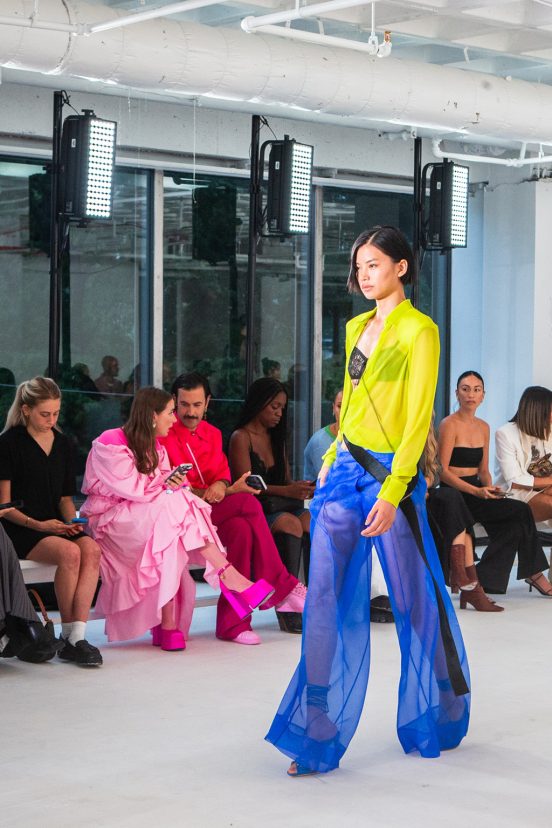 Who does better fashion; Designers or the street?

Several designers have expressed optimism and a yearning for joyful times. But Prabal Gurung is upset. It’s uplifting to have clothes meant to stoke fun and engender a feeling of happiness. On the other hand, it’s refreshing to acknowledge where that yearning for joyfulness is coming from.

It’s the upset and sadness that so many of us have experienced more acutely these past few years. Gurung used his anger and upset  to invigorate his creativity.

Visits to raves and the current suppressive legal and social climate of exclusionary laws and attitudes, fueled spring 2023.

Prabal Gurung, the activist designer,  is sad and mad about things

Gurung has evolved into one of a significant group of designers defined by their activism. Among the most influential are Gurung, Kerby Jean-Rodriguez of Pyer Moss and Gabriela Hearst. Through their work they protest and address social issues and agitate for change.

“We need to be alert and vigilant,” said Gurung backstage before his presentation as a model posed and readied herself for showtime in a voluminous and resplendent, raspberry, floor-length dress.

“I see how people. I see my people  scrutinized, monitored but never see,” he said.

A fashion show is one way they can be seen, a platform from which to speak about and give attention to the forgotten or abused.

Black latex gloves and tights looked like a nod to the club scene and transgressive behaviors. He melded the accepted with the fringe. Corseterie was used generously – gowns, bra tops, jackets all got the treatment. He showed plenty of leg giving the short treatment a different spin with one huge flower affixed, and the shorts paired with dramatic draped blouses with elongated ribbons that fluttered as the models walked.

Lace was just one way Gurung brought transparency in.

He made his statements in bold pink, white and black as well as a handful of rich, memorable prints.

His visits to the outer boroughs of New York left an impression on Gurung. He considered the people he saw as muses for clothes and casting. He used a mix of professionals with real people he found in the clubs, on Instagram (now a popular casting tool among designers) and word-of-mouth from friends. It wasn’t only about the look. “I found their stories so compelling,” he said. And he found the styles, equally so. “If you really want to see fashion you get out of Manhattan,” said Gurung.

Gurung devoted most of a page of show notes to his activist message. One part of it addressed to:
“ones who are demonized because they are not understood in genders, in colors, in places and in values that others know: On this runway know that we are no longer watching you – we are seeing you.”