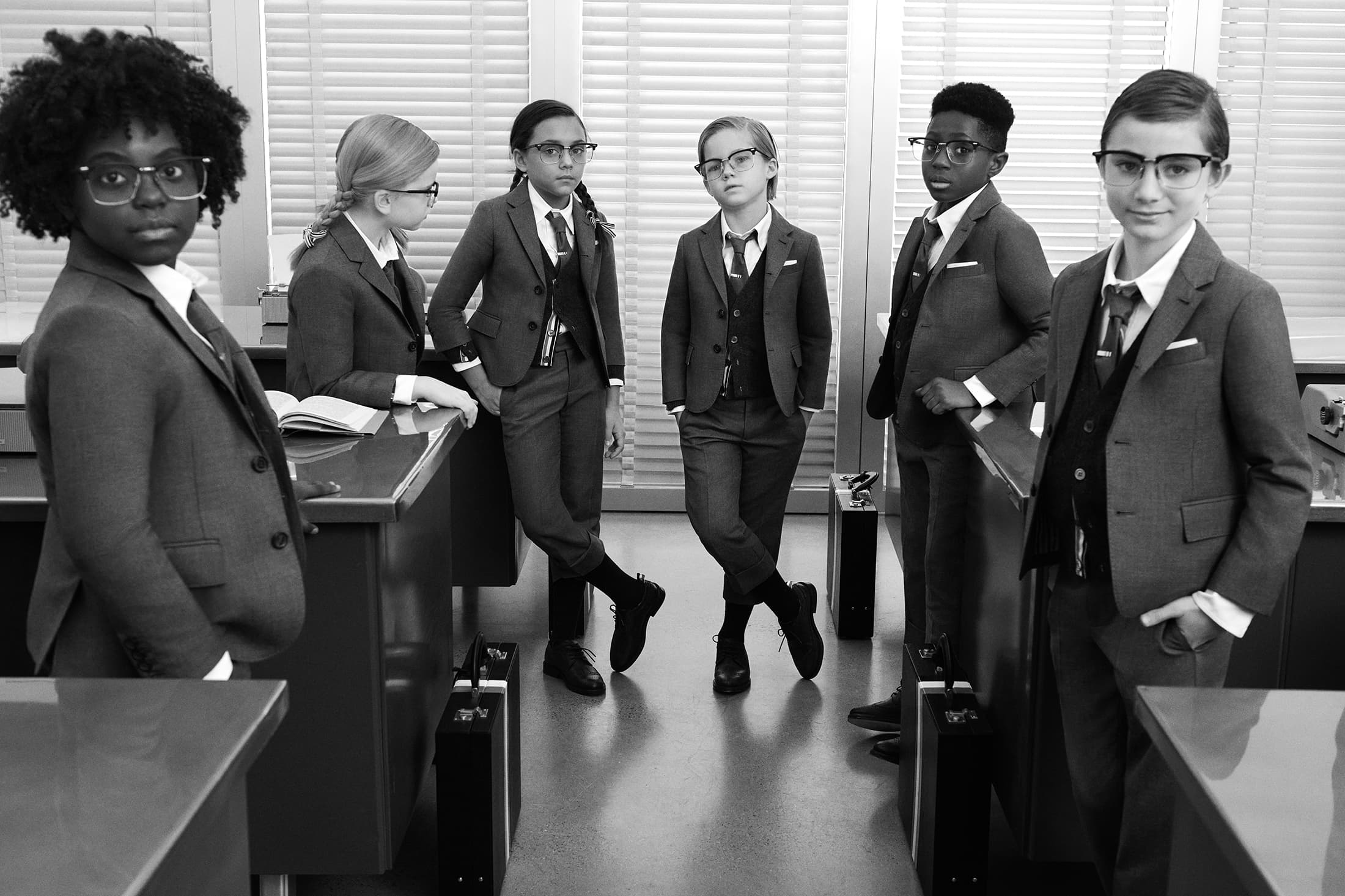 Children At Play, Sportcoats And All

Thom Browne shows off his first childrenswear collection with images and a film by Cass Bird. While Browne has created some childrenswear in the past, namely knitwear like cardigans and v-neck sweaters, this the first time he has shown a collection specifically dedicated to children.

Browne does not stray at all from his usual style in this collection, think Thom Browne but smaller. The images and film, however, work together to reframe the clothes and make them feel age-appropriate. The film begins with kids sitting in a boring office each at a solitary desk. We see the kids working at typewriters with a background noise that is eerily similar to the sounds adults make in the Charlie Brown universe (whan-whan etc.), but then the film very suddenly changes as we see the kids, still wearing these formal clothes, doing childlike things. They’re climbing on the desks, playing with crumpled paper, drinking their milk (one even vomits the milk out onto the ground), and other youthful shenanigans.

An interesting move by Browne, in this campaign he uses his film to psychologically beat us to the punch. He shows us that first scene, where the children are situated in an office space reminiscent of many other campaigns he’s released, and the drudgery depicted is in fact what many people think when they imagine formal wear for kids. After letting our minds settle in this familiar place, he flips the situation and shows how the clothes are in no way restricting their wonder. In fact, the film displays the very essence of childhood, the ability turn circumstances that we adults find miserable and off-putting into a space for play.

The collection will be available in Thom Browne stores globally and on thombrowne.com starting January 25, 2021.