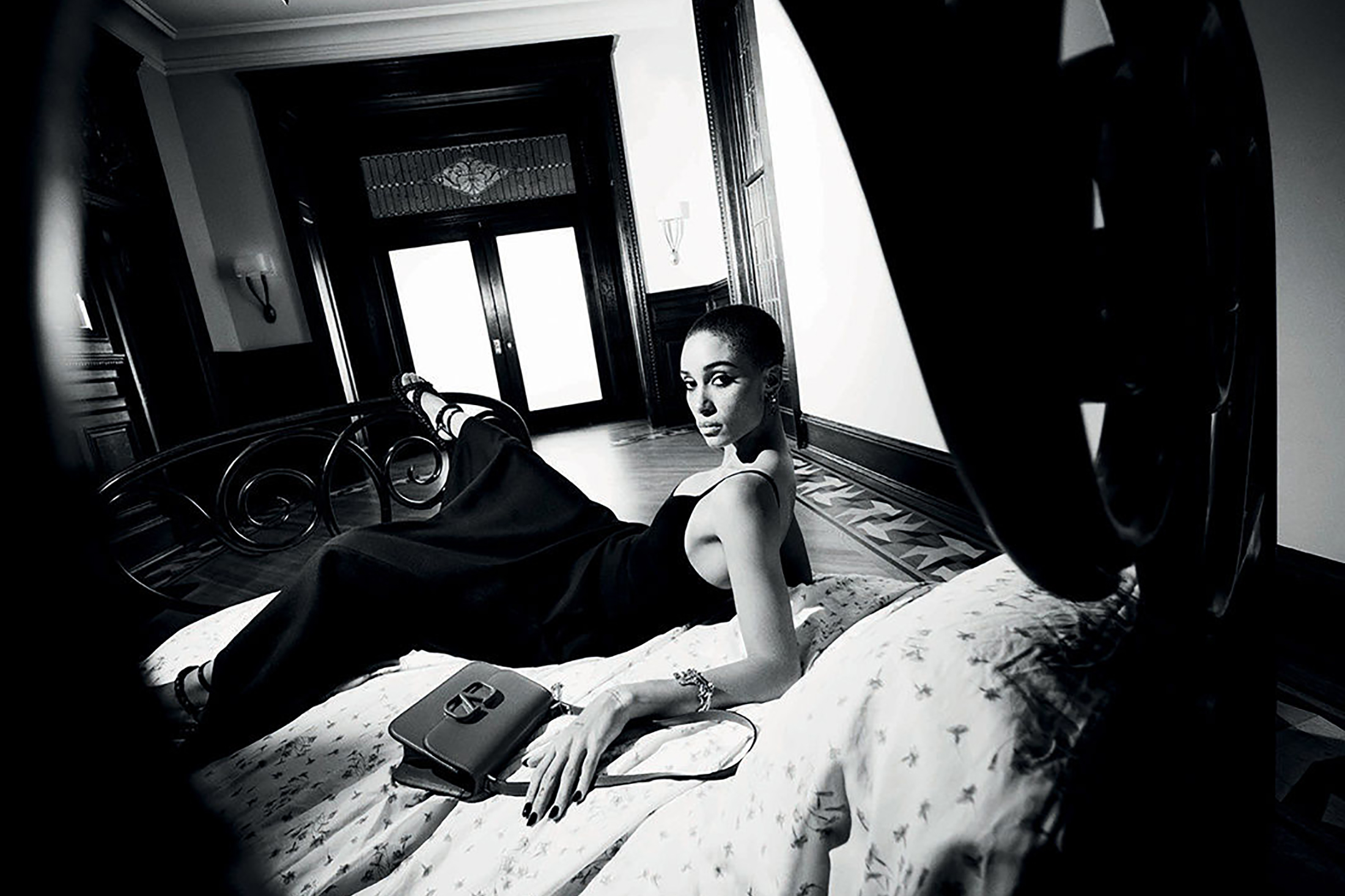 Valentino’s latest ad campaign is a subtly surreal exploration of proportion and shadow.

The Italian label recruited renowned photography duo Inez and Vinoodh to capture Adwoa Aboah in Valentino’s Spring 2020 women’s collection. While much of the runway show was characterized by Valentino creative director Pierpaolo Piccioli’s use of solid white, Aboah appears all in black, offering us a seductive glimpse of the collection’s dark side. Inez and Vinoodh heighten the mood by shooting in black-and-white and making dramatic use of shadow. The duo also ingeniously deploys curved camera lenses to create a subtly warped image, which at first appears straightforward, but becomes more and more obviously distorted and disproportionate the longer one looks.

Several accompanying short films, also directed by Inez and Vinoodh, make use of the same effect. The motion of the camera adds new dimensions to the effect of the distorted image, creating dynamic and unexpected visual complexity through simple movements.

Straightforward but intriguing and subtly complex, this campaign is a stellar example of great fashion photography. Inez and Vinoodh let the clothes and styling speak for themselves, but elevate them into a cohesive artistic atmosphere. The campaign’s creative director Lina Kutsovskaya is very wise to recruit a duo so perfectly suited to capturing her artistic vision. Valentino certainly knows how to pick them.