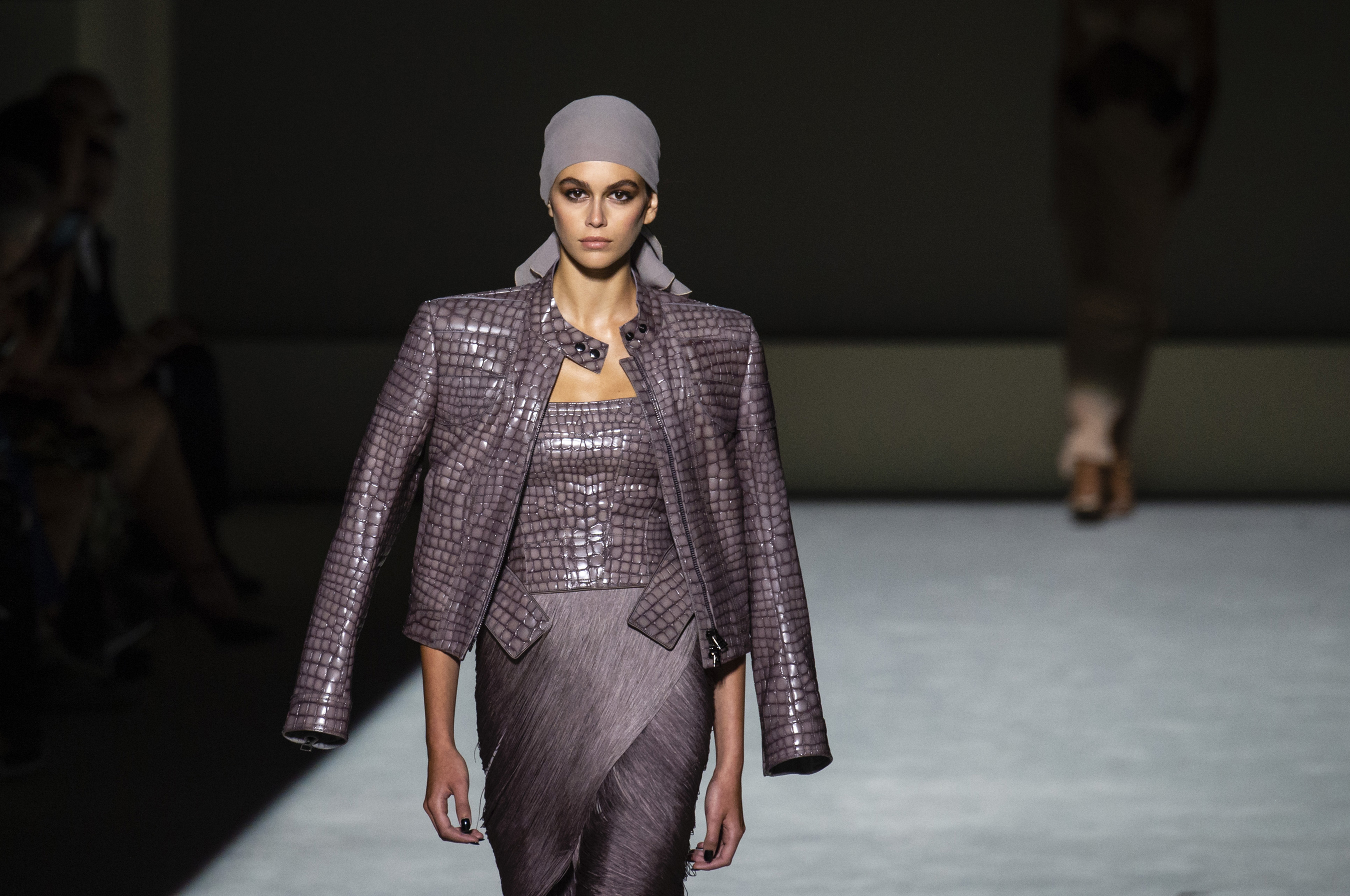 The Big Apple plays home to the largest collection of runway shows of any fashion week globally. With multiple shows overlapping each other, New York can be a hectic as Grand Central during rush hour. However, after all is said and done everyone makes their train albeit they head in different directions. Some toward avant guarde streetwear, other toward uptown looks, many to moderate mass.

This season Raf Simons, for Calvin Klein 205W39NYC, continued his fascination with American Gothic diving into the waters of the 1975 standout film Jaws, which played upon the fears of man being prey in a world we don’t control, unable to see what lies beneath. It is of note that the designer who touches upon the American conscious the most is himself European, one thankfully who understands both construction and culture.

Ralph Lauren is as American as American can be and celebrated his Golden 50th Anniversary. Mr. Lauren, as he well deserves to be called, is the first of his kind, an original who understands how to capture and romanticize the American Dream. His greatest hits of a collection was a reminded of the promise that American designers can live up to.

Tom Ford realized that promise abroad but of late found himself wandering a different path. This season he found his footing reminding us that Build Ford Tough applies to his strong hand at tailoring, design, and evaluated point of view in his best collection of the last 5 years.

Newcomers to our New York Top 10 list include Sies Marjan, designed by Sander Lak, and R13, lead by designer Chris Leba. Both deservedly fought their way into our Top 10 by chipping away in previous seasons and tipping the scale to transition from new to established. Leba took influence from the most American of bands, The Grateful Dead and deconstructed American denim to stitch together a refined and edgy collection. Las at Sies Marjan has a knack for color and subtle sophistication that reminds us of an American daydream.

While his show was in July, it by no means was forgotten, Alexander Wang is continuing to forge his own path and out of fashion week, does not mean out of mind here at The Impression.

Together this group helps to bind the chaotic nature of the week, keeps it elevated, and reminds us that American fashion contuse to have meaning and show promise. Here are The Impression’s Top 10 New York Collections for Spring 2019 as chosen by our Chief Impressionist, Kenneth Richard.