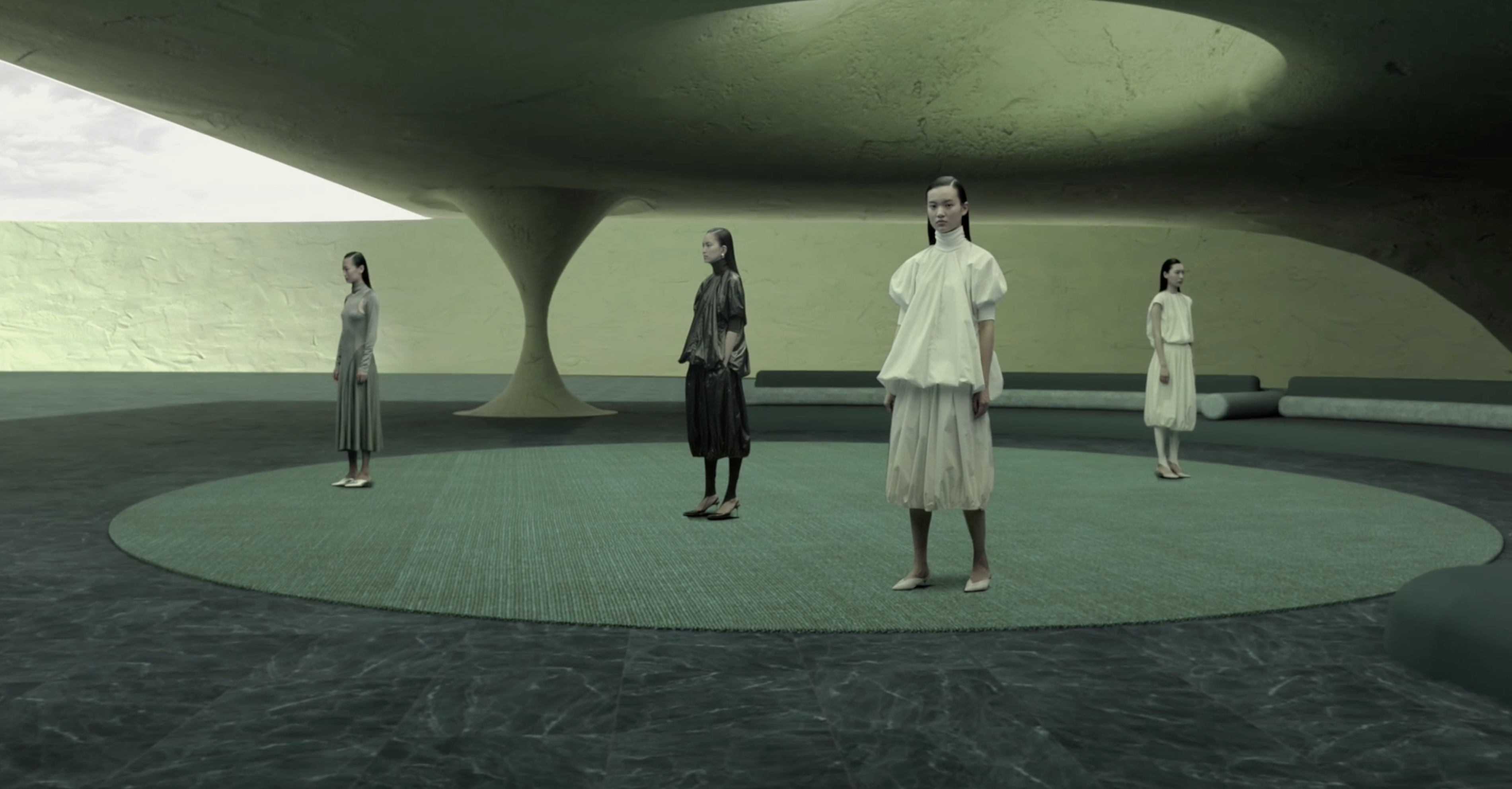 Virtual Reality Fashion Shows Have Arrived And They Are Awesome

This is a visionist story. You know the ones you see in the movies where innovation, perseverance, partnership, mad skills, and late-nights produce something awe-inspiring.

Scene 1 sets the stage with the central protagonist, Ying Zhang, the founder of Xcommons, a Shanghai-based platform, i.e. kinda a showroom, running her business. She has a plan: to bring three talented designers together to show at Shanghai Fashion Week and team them with a new up-and-coming WeChat based China retailer named ICY.

Things are looking up. She signed on some real talent: Andrea Jiapei Li, a New York-based womenswear designer who was nominated for the 2015 LVMH Prize and the International Woolmark Prize, London-based brand Xu Zhi designed by Daniel Chen who briefly worked at Craig Green and JW Anderson before founding his line in 2014 and was also nominated for the LVMH and International Woolmark Prizes in 2016, and China’s designer wunderkind Roderic Wong. A solid group to rally some excitement around and work with on a special project.

Then Scene 2, calamity strikes, the world goes on lockdown. Shanghai Fashion Week is up in the air, while the designers can’t get wheels up off a tarmac to bring their collections to market. Doom meets gloom.

This is where things get really interesting, does our protagonist head down the path of self-despair or rise to the occasion to overcome obstacles beyond her control? Fortunately for all involved, she leans toward the latter and quickly proceeds to take things virtual. She reaches out to two new technical heroes, visual artists Shanyi Shu and Di Liu from InterCreative United, a Beijing-based digital interaction creative agency, to see if they can build what no one has done before, a virtual world filled with real models showcasing the collection that looks luxurious, imaginative, and services showing off the clothes to shop via ICY.

The team goes to work with all the odds stacked against them: unrealistic timeline, unrealistic standards, and clothing in London, New York, and China. Cue dramatic montage of mad-cap hours, coffee, and half-awake programmers typing with one eye open.

They break the project down into a main room that the viewer gets to via an imaginative boat ride. Once in the hall, they can navigate to each designer’s hall. Those halls are designed to reflect the spirit of each designer’s collection such as a natural wonder with mountains and a space-age sphere, or a geometric modernist circular room, of a New York street. Once within each of the designer’s environments, the viewer can see a virtual runway of the designer’s fall collection done by the team at InterCreative United plus a film done by the designer themselves to reflect the spirit of their vision.

The Impression spoke to New York designer based designer Andrea Jiapei Li who explained: “By launching our AW20 collection virtually, we were able to create a CG-enabled visual journey and tell our brand story in an immersive and interactive way that would otherwise not be possible with the traditional show format.”

The process of creating the virtual presentation from the initial conceptualization to the final launch took about 6 weeks, which in hindsight was a really tight timeline given the amount of work involved and the fact that the teams were located on two different continents with 12 hours of time difference.  On top of that, we, the brand, were also planning the short film to be shot here in New York as part of the virtual launch, which had to be pivoted last minute to a simplified version given the state-wide lockdown due to COVID.

To get to each designer’s virtual show the team at InterCreative United took the visitors to a Parallel Universe which you to can go on by clicking here.

And what of our central protagonist, Ying Zhang, the founder of Xcommons? The Impression reached out to the results-oriented leader and pivoter.

Viewers enter the virtual world and are taken to a hall

Once in the hall, they can spin to see the designer gateways

Designer’s Roderic Wong’s room based on an NYC street