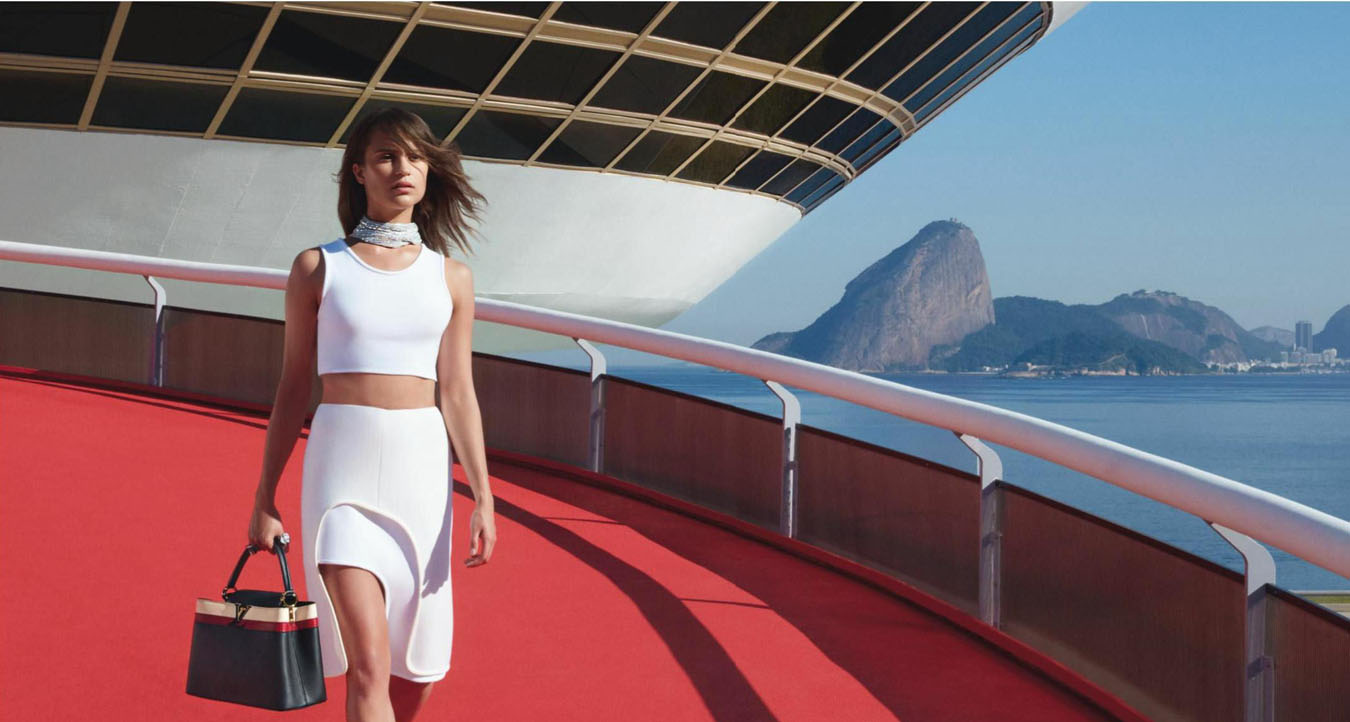 As a follow up to his recent showing of his Louis Vuitton 2016 Cruise collection in Rio de Janeiro, designer Nicolas Ghesquiére and crew have returned to the shows location for their latest Spirit of Travel campaign.

Actress Alicia Vikander also returns to the role of Louis Vuitton adventuress posing for Patrick Demarchelier at the site of the recent show, the Neiteroi Contempoary Art Museum. Set against the Atlantic Ocean and designed by architect Oscar Niemeyer, the museum offers a long winding utopia red carpet that contrasted perfectly the cruise collection and inspiring the collection.

In Rio de Janeiro, what I saw most of all was movement and an explosive energy that lives somewhere between modernism and tropicality.

While the modernism certainly plays into the campaign the video is where Louis Vuitton worked to layer in the explosive energy and colors of the Copacabana the promenade. The Impression can’t help but feel an explosion of color and dynamic natives of Rio would of enhanced the drama of the campaign, but one does get the sense of Louis Vuitton modernism and their traveling spirit.