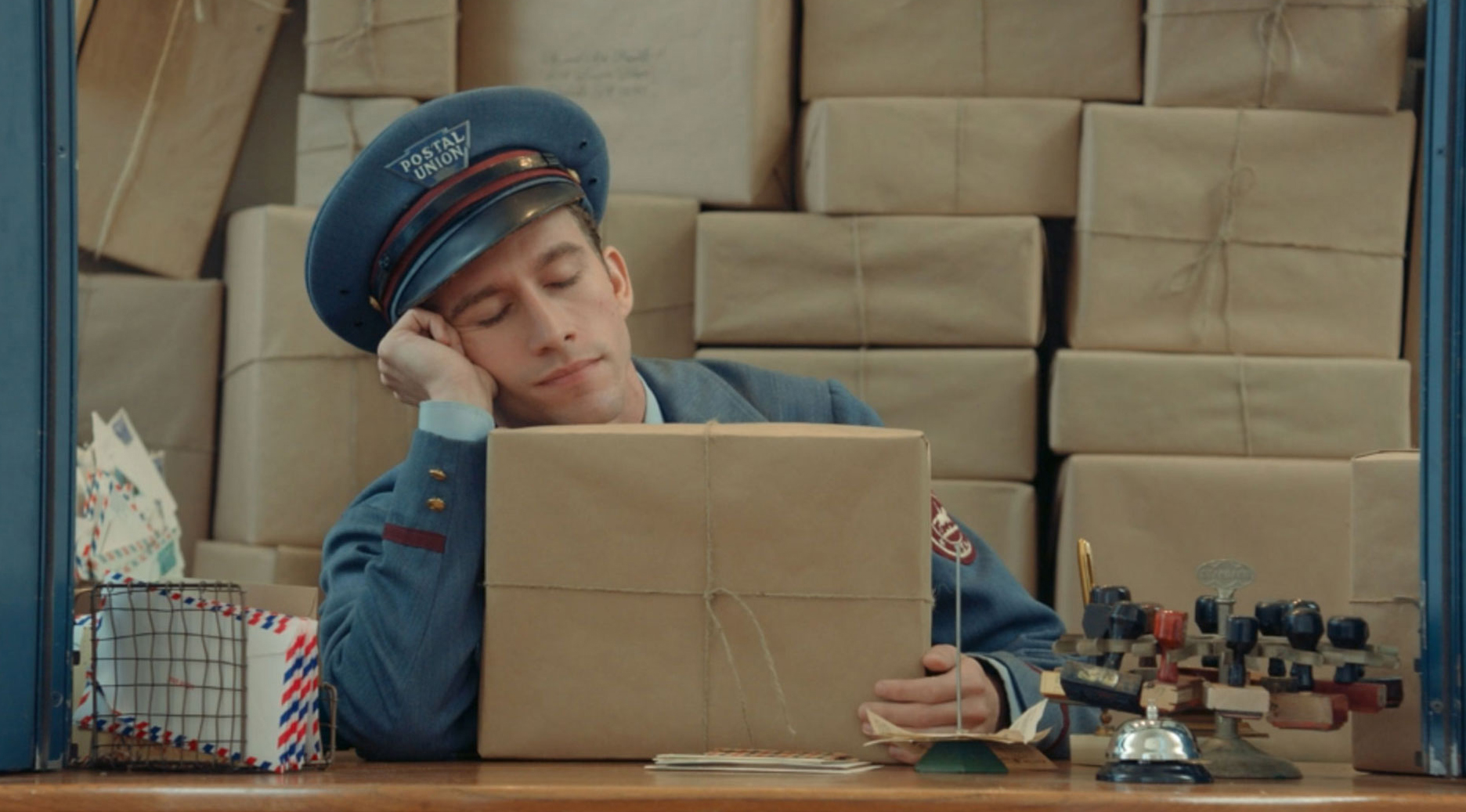 You have to hand it to Miuccia Prada for her continued exploration and pushing of fashion, art, and film boundaries. For spring Prada continues its foray in championing fashion films with 5 new shorts by American photographer/filmmaker Autumn de Wilde to showcase the house’s Galleria bag.

The series, entitled The Postman Dreams, revolves around a Buster Keaton-like postman and his adventures in a surreal hybrid of Los Angeles meets Tuscany.  The Postman threads through the series like Tim Roth’s comedic bellhop in the 1995 farce Four Rooms, weaving in and out of stories entitled The Postman, The Make Out, The Battlefield, The Tree, and The Laundromat. A brass band, The Blasting Company, provides the soundtrack and periodically pops up in the stories as part of the backdrop.

De Wilde, who comes to fashion via her music videos and portraits of musicians such as Beck and The Raconteurs, has a director’s artisan touch for creating a world that is both familiar and fanciful. As writer and director, De Wilde shows a sharp comedic wit for storytelling along with a cinematic eye for direction. The characters are endearing, memorable, upbeat and playful, reminding us how a bag can be more than an accessory. And ultimately how a photographer can be so much more than a lensman.