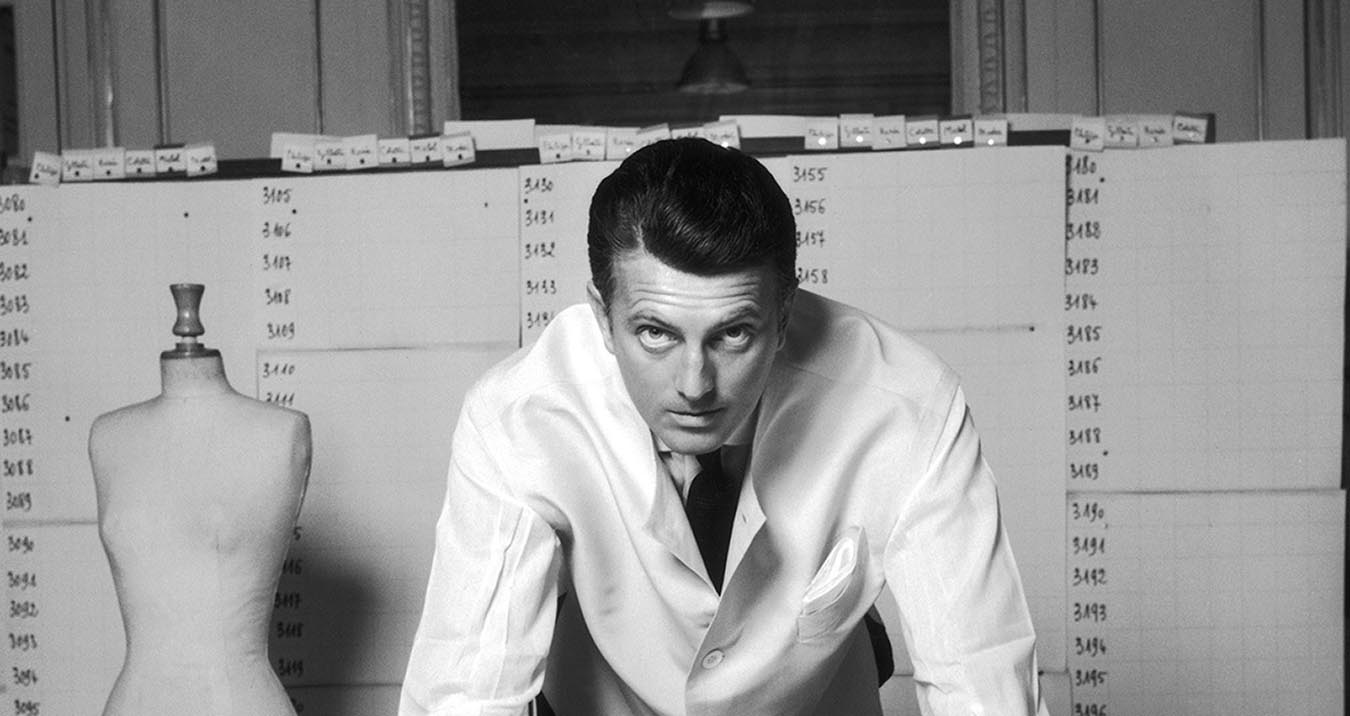 Industry titan Hubert de Givenchy has died at the age of 91. A masterful aesthete, designer, and collector, Givenchy leaves a legacy of timeless designs and a flare for the avant garde etched indelibly on the world of fashion.

Born in 1927 in Beauvais, Givenchy left his hometown for Paris at the age of 17 to apprentice under Jacques Fath and to study at École Nationale Supérieure des Beaux-Arts. In subsequent years, he also had brief stints with Robert Piguet and Lucien Lelong before joining Elsa Schiaparelli in 1947. In 1952, he launched his eponymous house in Paris, exploding onto the progressive fashion scene with a fledgling series of promethean designs.

He was perhaps best known to the public for his longstanding relationship with actress Audrey Hepburn, for whom he designed many on- and off-screen wardrobes. Among these is the iconic “little black dress” designed for Hepburn’s role in Breakfast at Tiffany’s. Adorned with a pearl mantle crafted by Givenchy’s longtime collaborator, Roger Scemama, the satin evening gown ignited the 60’s like ebony brush fire, becoming a staple look in the high-fashion realm.

Throughout the next decade, Givenchy turned his attention toward diversifying his namesake label. In 1969, he launched the men’s line, Gentleman Givenchy, and spent the early 70’s developing licenses for shoes, jewelry, ties, and upholstery. In 1988, Givenchy joined the LVMH Group, where he stayed on board as artistic director until his retirement in 1995. At that point, the label went through a long line of successors including John Galliano, Alexander McQueen, Julien MacDonald, and Riccardo Tisci. Most recently, Clare Waight Keller took over as artistic director.

In his final years, Givenchy lived “very grandly,” according to former brand press secretary Jody Donahue. He is survived by his partner, Philippe Venet, his nieces and nephews, and their children.